You are here: Home / Doctrine & Theology / Being Called For Such A Time As This

These words were scribbled on the tomb of an Anglican bishop in the crypts of Westminster Abbey: “When I was young and free and my imagination had no limits, I dreamed of changing the world. As I grew older and wiser, I discovered the world would not change so I shortened my sights somewhat and decided to change only my country, but it too, seemed immovable. As I grew into my twilight years, in one last desperate attempt, I settled for changing only my family, those closest to me. But, alas, they would have none of it. And now as I lie on my deathbed, I suddenly realize: If I had only changed myself first, then by example I would have changed my family. From their inspiration and encouragement I would then have been able to better my country and, who knows, I may have even changed the world.” (Author unknown)

How sad and how true are these words. In what manner are we as leaders, traversing through this life? Are we the generation that is ready to make the necessary sacrifices that brings forth a spiritual re-awakening or are we the generation that will wait until the end of our lives to assess the potentials and opportunities that have long passed us by?

The crises around us are real and the challenges before us are epic. We have seen the pervasiveness of the enemy infiltrate our communities and covertly slip into our churches and homes. We have become saddened, shocked, and even enraged because those near and dear to us have been snatched away by the false promises and bright lights of deception. We must come to the realization that we can no longer be on the defense. To win this battle, we must be on the offense.

As children of God and as His ambassadors, we have been called, anointed, and appointed to be world changers for Christ. The clarion call is one that requires a moral and public stance upon the eternal principles of Scripture. The need is for innovative servant leaders to develop new strategies of attack against the destructive forces that are stripping away the very essence of our morality and character as a people and as a nation.

Like some other Christian denominations, the apostolic movement is blessed to have a great heritage of world changers. These godly men and women blazoned new trails of revival throughout the 20th century. In these present times, although few, we are privileged to have leaders within our midst who are boldly bringing forth the prophetic voice of God. Yet, in these troubling and uncertain times, we must replace the armor of survival with the weapons of revival. A mighty army must be raised up to put the prophetic voice into action, to march into the midst of the enemy’s camp and reclaim what has been stolen from us.

Such an effort can only be accomplished through moral and innovative servant leadership. This begins with self-reflection and self-assessment – a need to measure one’s leadership abilities, evangelistic efforts and personal lifestyles in Christ against the impact it has had in our circles of influence. The truth is…. the impact has been minimal at best. We are being challenged to be greater than the former. Consider these facts: Every day in America 4,370 children are born out of wedlock – that represents 40.6% of all births; 2,300 couples file for divorce; 2,054 teens become pregnant, overall 46% of all teens are sexually active on a daily basis; and more then 7,000,000 men and women are in the penal system[1].

Our communities are crippled. The continuous erosion of the family, the redefining of family and the institution of marriage, immoral lifestyles, and the waning of moral influence are numbing the masses. The prophetic voice must move from the pulpit and into the public square. This calls for leaders to stand on the front lines. To shake, stir up, and re-awaken the masses through the Spirit of Christ. We as an elected and chosen people have the ability to build upon the Godly principles represented in The Word. It is Jesus who laid the foundation for moral and innovative servant leadership. He went against the traditions of His day and compassionately railed against immorality and hypocrisy. Jesus strategically developed a leadership team – disciples, who brought forth the message of hope, the need for integrity, and as a result of such obedience to Godly principles the reaping of tremendous blessings and power.

Today, we are in dire need of this same type of social missionary. We cannot continue business as usual, because history and scripture tells us it will be to our own undoing. Even public opinion is in agreement that morality has drifted off course. A Gallup poll from a couple years ago found that three-quarters of Americans said our country’s moral values are worsening. They blamed this on a decline in ethical standards, poor parenting and dishonesty by government and business leaders. In addition, they pointed to the rise in crime, a breakdown of the two-parent family and a moving away from God as contributing factors.[2]

America, founded on Godly principles, is looking for moral and innovative leaders who can bring our communities back onto the pathway that leads to righteousness. The un-churched hunger for men and women who can lead lost humanity from the immoral form of communion and commerce to something far greater, a connection to God-infused principles and values. It is the New Testament church that can accomplish such a herculean task – it is the 21st century Christian that should be the light on the hill. We must be the moral agents that bring forth a revival and a transformation in these latter days.

To be a moral leader means that we must be disciplined in the Word. It means to walk the talk in public as well as in private. To be compassionate and non-judgmental, exemplifying the mercy Christ showed toward us. To be an innovative servant leader means we must be out-of-the-box in our thinking, efforts and strategies. It means letting go of the successes of the past in an effort to grab hold of new successes today and tomorrow, all the while holding steadfastly onto the mantle of God’s holy writ and standing uncompromisingly on His doctrine. We are being called into the public square to serve as social missionaries. As spirit-filled and spirit-led servant leaders we have the task to reweave the fragile moral fabric of society through service, sacrifice, and a commitment to lead outside the four walls of the church building.

The only detrimental obstacle facing the church today is the church. There was a time when society looked to the church to be the moral agent. Sadly, there is a rising perception that the church is inept, benign, and irrelevant. When people need help today with personal issues, family problems, and moral guidance, they turn to self-help groups, support groups, and to the government. Yet, with 86% of Americans claiming to be Christian and profess believing in God,[3] we have so little affect on culture, politics, crime, and immorality.

This is the challenge that is facing the church today. The hope we have resides in the Truth of God’s Word. We have been called for such a time as this. Called to go out into the highways and byways – ‘the public square’ and be the genuine article. We can be a role model in service to others, be the salt of the earth in the local Rotary and Kiwanis clubs, be that light in darkness while connecting, volunteering and serving in local government. We can only transform our communities by stepping into the community, rolling up our sleeves and demonstrating moral fortitude and the grace of Christ through our actions and attitudes.

The social mission of the church will never be accomplished by a program or project. It will never be successful behind the walls of our sanctuaries. It will only happen when we step up and step forward with the fire and passion of the Holy Spirit that resides within. There are two great hungers in our world today. There is a hunger for spirituality and a hunger for social justice. The ‘biblical mission’ of teaching the Word to our flocks and instilling Godly principles and mandates, many of us have down pat. However, there is this ‘social mission’ that we are also called to operate within. Incredibly, there are the un-churched and the lukewarm who have been waiting for such a connection – a spiritual foundation and a social mission. And the key is that the spiritual foundation will empower the social mission.

In my travels and public speaking, I have had the opportunity to meet with people across socio-economic and political lines. I remember several years ago, I was asked to make introductory marks and introductions for Kathleen Kennedy-Townsend, the former Lieutenant Governor of Maryland and the daughter of Robert Kennedy during her campaign for Governor as she addressed a large gathering of Pastors. At the conclusion of the meeting, I spoke with Mrs. Kennedy-Townsend and told her that her stance on certain issues went directly against the Godly principles we as Pastors taught our members. I continued by telling her that we could not support leaders who lead contrary to the fundamental values and principles clearly articulated in the Word of God. She listened, but did not respond. She lost her bid for the governorship. She then wrote a book entitled, “Failing America’s Faithful”, were she does not speak very favorably of the faith community. However she did make the following profound comment: “Throughout our history, faith has gone underground only to emerge again in Great Awakenings, readying people for spiritual exploration. There are moments in history where people are ready and able to see the connection between the rituals of prayer and worship and the larger effort of improving God’s world – and I believe we are now approaching just such a time.”

The church has been positioned for this most important moment in history. The torch that was ignited on the Day of Pentecost has been passed down through the ages and fueled by spirit-filled passion, sacrifice and moral and innovative leadership. The flames that burned brightly during the Azusa Street revivals and brought forth the truth of His Word into the 20th century has dimmed to just a flicker in these recent times. However, we as the torchbearers of this present day have the responsibility and the anointing to light up this dark world with the Spirit of God as evidenced in our lives.

Let’s combine the Word, authority, and anointing with moral and innovative servant leadership so we may be positioned to usher in a revival and a reawakening throughout America. One that ignites a fire that sweeps across this nation and brings forth hope and a God-driven transformation. One that will begin in the isolated prison cells of the broken and into the homes of every family broken and sick by the cancer of immorality; Let this reawakening sweep through every church house across our community and into the grand staterooms of the White House.

You are being called for such a time as this!

A little about me 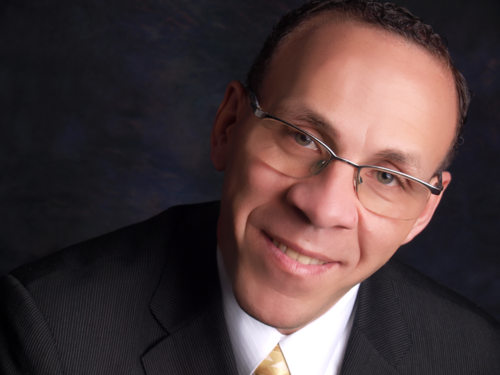 
Bone Marrow Donor – Be the Match

TOPICS I WRITE ABOUT

"Broken is the story of one man’s failure and how he chose to rise above the circumstances resulting from the disgrace that followed..."